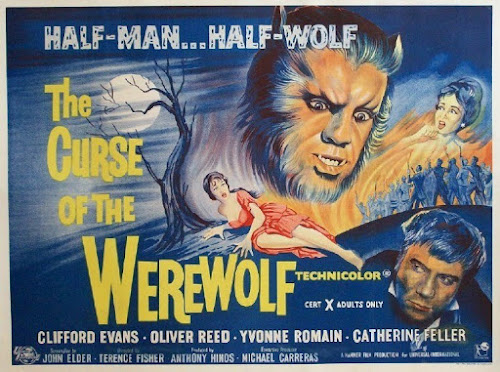 Moving on to the 1960s, it wasn’t just the US studios who were going back to the werewolf well. And this is, I think, my first non-US werewolf film of this blog series. UK studio, Hammer, was beginning to carve out a solid reputation as horror filmmakers, after The Curse of Frankenstein (1957), Dracula (1958) and The Mummy (1959) amongst others, and so it was only natural to turn to the next obvious monster icon, the Werewolf. But no Christopher Lee as the titular monster here. Hammer were after younger blood for this beast. 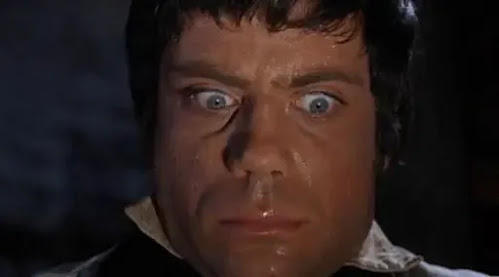 1961’s Curse of the Werewolf is another one of those films I’ve been wanting to see since I was a kid. The images of Oliver Reed’s werewolf were striking, with that kind of contained cruelty I felt Reed’s face contained now fully unleashed; I always felt intimidated just by his face, no matter the role. But this was quite the disappointment. It takes a full 50 minutes for Reed to even appear in the film, with the first half dealing with the origins of his characters, Leon, being born of a mute serving girl (Yvonne Romain) who was raped by a mad imprisoned beggar, in 18th century Spain. Given sanctuary by a kindly don (Clifford Evans), she dies in childbirth and Leon’s baptism is accompanied by lightning and a demonic presence. This werewolf’s curse is bestowed upon his baptism, giving the proceedings a very Catholic guilt/original sin feeling. Once again, our werewolf has done nothing to deserve his curse, other than being conceived in violence and born on Christmas Day. 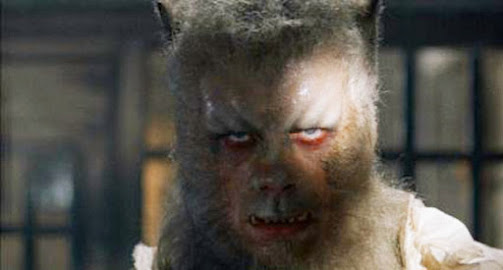 What follows when Reed does turn up, is the kind of stuff we’d expect to see far earlier in the film, giving the whole thing a very odd pace. The first half is slow as hell while the second half feels rushed. Bright Young Thing of the time, Oliver Reed’s performance seems dominated by histrionics and director Terence Fisher doesn’t seem to realise the pure threat contained in Reed’s general demeanour. Roy Ashton’s make-up allows Reed’s performance to show through (the fur looks very different than anything I've seen so far, wiry and feral) but it’s also very blocky in its design, looking like he can’t turn his head. It does cut a fine silhouette, though, and works well in a great close shot where he hauls himself into a bell tower in the film’s climax. This make-up does seem more savage in its appearence to me and there is far more blood in this film than in any previous werewolf films I've watched - the BBFC were not happy about this film. But, Curse of the Werwwolf could have been so much better with a differently structured screenplay to give it all a bit of breathing space. As such, there’s not a great deal of tension and it's ultimately disappointing. But it’s a Hammer film, so there is obviously an appearance from Michael Ripper, which is always oddly comforting. 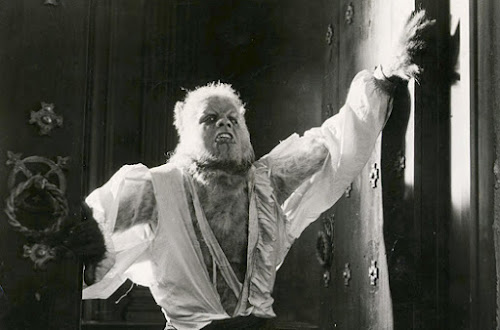