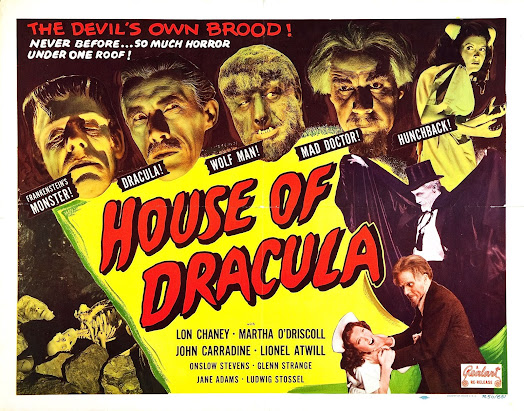 House of Dracula (1945) is not great. It’s creaky as hell, but at least there’s more Dracula and he is integral to the plot, until he’s done away with. A film of two distinct halves, for sure. Earl C. Kenton returns to direct one of the last (if not the last) films of Universal’s horror/monster cycle. His direction doesn’t seem quite as assured as his previous entry, House of Frankenstein (1944), and this one seems to resurrect all three monsters without any explanation. When we last saw them, Dracula had come a cropper off a horse drawn coach and shrivelled in the sunshine, the Wolfman was shot "dead" with a silver bullet by his love, and Frankenstein’s monster sank into quicksand. At least we get a little hint of the Monster’s fate when they discover his corpse in a cave, along with the skeleton of Boris Karloff’s Dr Niemann. How they got from quicksand into a rocky cave is…ah, why should we ask? I do ask, why Dracula is even looking for a cure to his vampirism, especially when he has no compunction at seducing another victim and then turning the tables on the doctor trying to cure him. 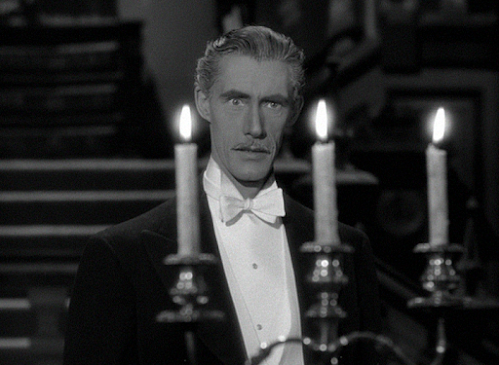 Driven by either co-incidence, or the unspoken fact the Onslow Stevens’ Dr Edelman is clearly a magnet for monsters who seek to be free of the respective curses, the film focuses on the good doctor, until a ropey blood transfusion involving Dracula, turns him into more of a Mr Hyde, jumping between good and bad incarnations as he either tries to save Lawrence Talbot (his curse is actually pressure on the brain…) or resurrect Glenn Strange’s Monster. It seems he’s successful with the former, but things go awry when the Monster witnesses Edelman murdering his hunchbacked assistant, Nina (Jane Adams). Scoliosis seems to be quite the rage in Visaria, even if Nina’s own affliction looks remarkably convincing as a real case of scoliosis. In the ensuing chaos, guns are fired and the mob attends with the usual aplomb; Skelton Knaggs (possessor of one the greatest names in film history) gurns and grimaces his way through it as leader of the mob. Universal stalwart, Lionel Atwill, in one of his final roles, gets a dynamic send off when he’s thrust into an electrical circuit, but the castle falls prey to the usual destruction 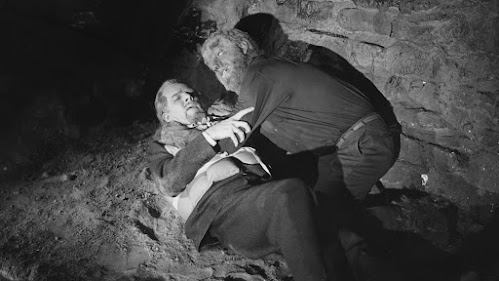 In terms of the Wolf Man, there is some fun to be had but not as much as usual. What differs is his initial transformation in a police cell is witnessed by the other characters, leaving his curse in no doubt to the others. There is the usual scene of Talbot sitting in a garden, bemoaning his curse as the attractive female lead finds him, sits down and pours pity on him. All getting a bit samey. Chaney first turns up dressed very differently than in previous entries, looking almost like a London spiv from the Second World War, black shirt and white tie and moustache. Story goes that Chaney was drinking a lot during this shoot and got Glenn Strange hammered when he had to lie down in the freezing cold for an extended period (I would presume it's during the scene in the cave where they find the Monster). Convinced booze would warm him up, Chaney slipped him booze throughout the day. Once the scene was in the can, Strange was so pished he couldn't stand up. 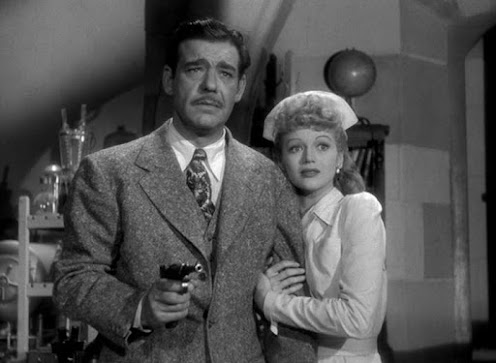 Speaking of Strange, Frankenstein’s Monster is given particular short shrift, only coming to life in the film’s final moments. The poster has the same rogue’s gallery as the previous film to invite the audience, just with a few different faces with the same labels. But it feels like it’s all run its course here. The end was surely in sight for the Universal Monsters…