Sci Fi, Puppets and Other Stuff. 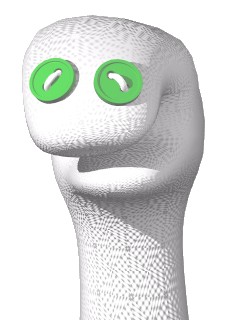 Well, been a bit busy with things.

Had a good time at this year's Edinburgh International Film Festival, pitched a project to a panel in front of an audience of about 50 people (not a pleasant experience), drank too much and saw some good films. Pictures to come. Bring on next year.

I'm in the process of starting notes for the next draft of my current feature project, editing two videos (one actually a paid job!) and have also begun the early stages of a new short, a pretty damn ambitious science fiction project that may involved the use of puppets playing main characters (alongside one or two humans). My inner Henson is trying to break through.

Also beginning to work on that new 8 sequence approach look at Wanted. Will be watching that film quite a few times (my knowledge of my previous subject, Indiana Jones and the Last Crusade, is borne mainly from 20 plus years of verging obsession and watching it a whole lot more than most people might) and reading the script as well. That may take a bit of time.

And it looks like I may be starting some freelance teaching in a month or so, teaching schoolkids how to write and make films. I wish we'd had that when I was a kid. Or maybe I don't. We pretty much taught ourselves, learning from our own mistakes. This new task looks quite interesting as we're merely guiding the students and not explicitly telling them what to do. Should be interesting. And it's always good to have some teaching on the old CV.

All that and my looming 40th birthday in under two weeks. Planning a bit of a do with my oldest mate who's one day older than me.