Mark of the Wolfman aka Frankenstein's Bloody LIES! 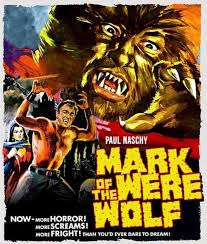 Breather was a bit longer than anticipated. But I return.

Spain’s Paul Naschy is a name that’s popped up quite a few times when compiling a list of werewolf movies to watch – it seems, to date, that he’s portrayed werewolves more than any other actor. Real name Jacinto Molina Alvarez, he was advised to change his name for international markets by the German distributors of this, his first werewolf move and also his first appearance as the mysterious Waldemar Daninsky. He would play the part another 11 times, each film unconnected to the others, So, he could be killed at the end of one film and then just turn up in the next with no explanation; not unlike Lawrence Talbot and Dracula in House of Dracula (1945), after they were seemingly permanent demises in House of Frankenstein (1944). Logic’s not always great, and that’s just as applicable here in La marca del hombre lobo (1968), which translates as Mark of the Wolfman. The version I managed to see was actually titled Frankenstein’s Bloody Terror and promises a Frankenstein Monster which becomes a wolfman!  This does not happen. Nope. 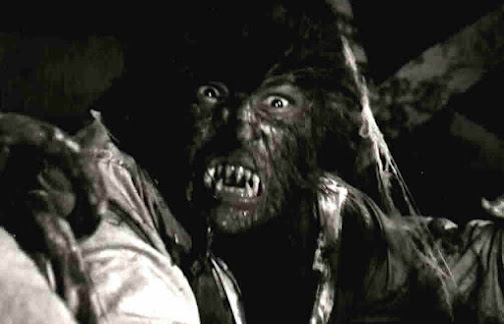 Waldemar is bitten by a formerly dead werewolf, of the family Wolfstein (as close as this affair gets to the broken promise of a lycanthropic Frankenstein), after he is accidentally by a drunken Romani couple seeking shelter in his ruined castle. Now cursed, he seeks help from his two “friends”, Rudolph and Janice, only after stealing Janice from Rudolph, as is the way with mysterious chaps like himself. They call on two strange doctors, who claim they can help cure Waldemar, but in fact turn out to be vampires who want Waldemar’s werewolf for, well, it’s never really explained. Even less makes sense after this turn of events, with the original werewolf somehow resurrected again for purposes as unclear as anything else.

The version of the film I saw was dubbed, atrociously, with the entire soundtrack replaced with some weird 60s sounds that were quite distracting. I’d be interested in seeing it in the original Spanish, with its original soundtrack intact. Scenes in this version also play out strangely, sometimes just ending. Other times characters appear in the next scene in a totally different location, seemingly at the same time, and then they jump back conveniently to the original location, as though someone got happy with a razor blade if re-editing for other markets. Hairstyles change sometimes instantenously between scenes that take place immediately after the previous one. I cannot stand dubbed films, unless they involve Kaiju in the 1960s (gimme some of that Showa Toho energy!). But this kind of dubbed crap appraoch is the ultimate phoniness. 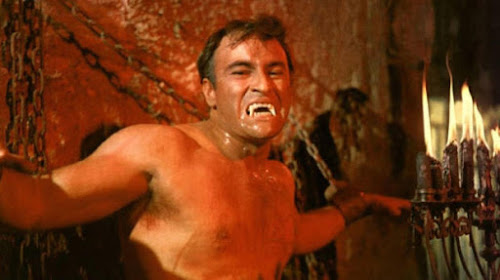 There’s a decent sense of gloom across the film, even with the garish and slightly overdone production design. We get treated to Waldemar’s first transformation through a weird, blurry lens effect. The make up design is not bad, clearly your average wolfman, but the difference is in Naschy’s wild performance, as he jerks unpredictably from side to side, almost like a crab, on his haunches. His first victims, who coincidentally speak to each other about werewolves just as Waldemar burst into their cottage and engages in what a police report might refer to as a frenzied and sustained attack. Naschy’s werewolf is a little dynamo, full of manic energy. He would play the part again and I’m intrigued as to what the rest of his films are like.But good to see werewolf films from other parts of the world.