Cry of the Werewolf. A Hard Pass. 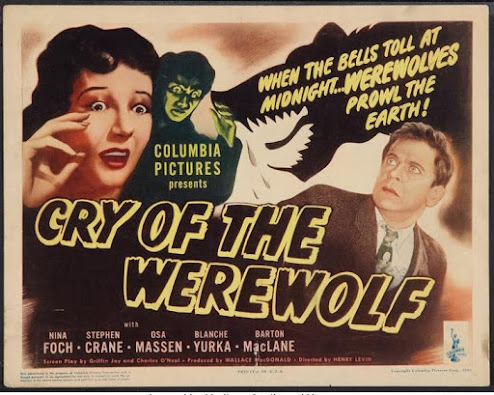 No curses here, but a gift of sorts, passed on not from a bit but from mother to daughter among a mysterious gypsy “tribe”. A nasty sense of the Other lingers with the use of that word, and that’s not all of the problems with this werewolf movie. 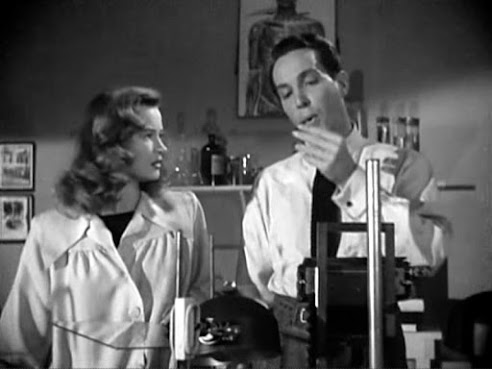 A professor is ripped to pieces by a strange animal one night, at the museum dedicated to the memory of a woman named Marie La Tour. Who is Marie Le Tour? She’s revealed to be the mother of the central antagonist, the princess Celeste (Nina Foch), who is hell bent on killing anyone who knows about the tomb of La Tour, now discovered within a secret room in the house/museum. Why is any of this important?  I literally have no idea. Burt an investigation ensues on two fronts; one from his son Robert (Stephen Crane) and his fiancé and museum worker Else (Osa Massen) and the other from apparent racist and misogynist Lt. Lane played by Barton MacLaine, who seems to be the only actor having anything close to fun here, even if his character is obsessed with either pinning the murders on either a woman or a foreigner. Some of the most comically inept police are onscreen here. The entire cast of pretty much awful, with Crane a particular block of wood - it's been a while since I've seen a performance this bad in a studio picture. Thanks, Columbia.

The dialogue is confoundingly bad, with such clangers as “I’ve been spending some very interesting moments,” courtesy of screenwriters Charles O’Neal and Griffin Jay. Henry Levin’s direction is clunky and uninspired, and nothing seems rehearsed or planned. In fact, even though there are deaths and investigations and court scenes, nothing much seems to actually happen. The pace is slow as the story blunders on through its mercifully brief 63-minute running time. 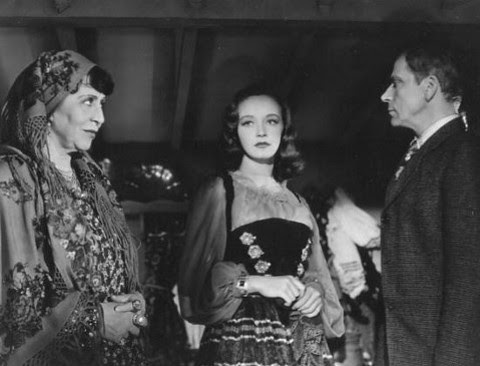 And the we come to the titular werewolf, which does cry a bit and is even revealed in the film’s opening credits to be a German Shepherd with something like string in its mouth to make it…well, I don’t quite know what. It chews a bit. It just looks like a big dog with something tied around its snout. In the film, its appearances are mostly and wisely reduced to shots of its paws and legs as it casually trots after another victim. The transformations are also pretty shocking, as we witness Celeste’s shadow end down a bit, as though she’s changing, and then dissolving to the silhouette of a cardboard cut-out of a wolf that doesn’t match the actor’s shape or even her position in the frame. Put simply, it's a dog. There could be something interesting to say regarding actually taking the form of a dog as opposed ot the human/wolf hybrids we normally associate with the sub-genre, but there's nothing of substance to be had here. Even during the climax, the filmmakers can't be bothered to get the angle right when dissolving from Celeste's bloody hand to her bloody paw. 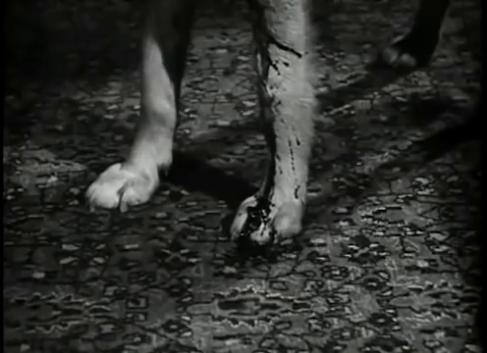 The story doesn’t make a lick of sense and the characters just do what’s required of them. Neither is there much scariness either, apart from an attempt at such during a scene in an underground mortuary which is squandered – how can you not make that scary? This feels more of an attempt to match RKO’s Cat People (1942) but it fails miserably.

I should have listened to David Cairns at Shadowplay. Cry of the Werewolf is rubbish.