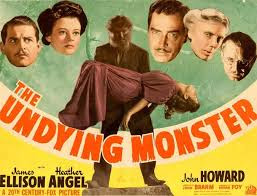 As the next werewolf film on my schedule, The Undying Monster (1942) is certainly a step up in quality after The Mad Monster (also 1942). From cheapie to something with a better sense of production design, atmosphere, and budget. But it still shares Mad Monster’s genesis in being a reaction to the success of The Wolf Man. Such is Hollywood.

Made by 2Oth Century Fox (RIP), it’s an adaptation of the book by the same name (the film also goes by the title The Hammond Mystery) and is more of a Gothic mystery mixed with some scientific detective work, featuring what seems to be an early version of a spectrometer, which leaves the ending of the film a little out there and unsatisfying. There is indeed a werewolf, but only really in the film’s closing minutes. The identity of the beast is pretty obvious from the outset of the film, with an attack at the very beginning that leaves two injured and a poor spaniel torn to pieces – a real, dead spaniel by the looks of it as well. 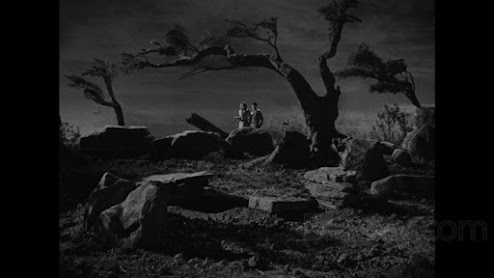 Tonally, this seems to fit somewhere between Universal’s style and an RKO production from Val Lewton, but without the melancholy. It revolves around a Scotland Yard scientist, Robert Curtis (James Ellison), a rather smug American, and his older assistant Christy (Heather Thatcher) as they investigate the attacks on the Hammond household. There’s a curse, lots of family secrets and even more secrets being hidden by the servants. While we’re sympathetically introduced to the family at the beginning, once Curtis arrives on the scene, they all begin to act suspiciously, which is jarring and takes the focus from whoever’s story this may be. As stated, Curtis is pretty smug and not particularly sympathetic beyond his role as obvious good guy, but he’s not insufferable. Heather Thatcher walks a fine line between marvellous and irritating as Christy, who seems far more open to the idea of the supernatural, unlike the film itself which seems reluctant to show its true colours as a werewolf film. That being said, I could have watched another, unrelated film featuring the two investigators as Thatcher’s character really does shine at times. A shame Curtis has to demean her in the film’s closing moments. 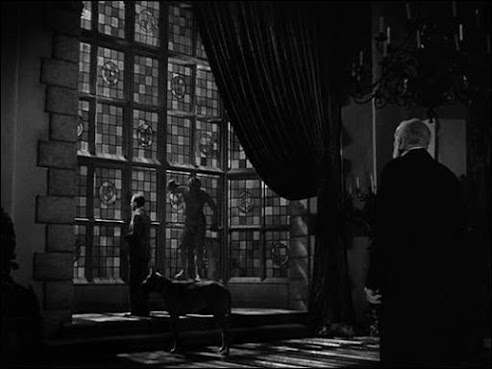 The film looks great, mostly eschewing Universal’s foggy woods in favour of a jagged coastline, and a huge house full of furniture and ornaments that look to pre-empt the style Hammer would favour a decade later. Some beautiful lighting and cinematography as well, without going over the top in any expressionist way. The werewolf is not seen much at all on the rare occasions it makes its presence felt, with one decent close up of some uninspired hairy face make up that dissolves as the beast dies. Jack Pierce had nothing to fear here. But it's ultimately disappointing, with a story that, for all that it's central character relies on logic, has little of its own. The whole curse seems almost like an afterthought and werewolves, or at least Lycanthropy, seem to be accepted by the scientifically minded characters.

Addendum – Re The Wolf Man, I had completely forgotten that it doesn’t take place in England but in Wales. How that slipped by me I’ll never know, aside from the fact that it seems English, there don’t seem to be any references to Welsh culture and I don’t think it even mentions the fact until Frankenstein Meets the Wolf Man. Speaking of which, tomorrow…