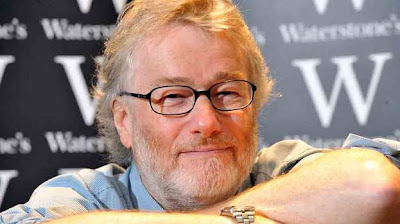 Iain Banks has not got long, he announced today.

I read The Wasp Factory in my early 20s after it was recommended to me by a friend. I was sitting on the top deck of the bus on my way home from college one night and I reached a part of the story where I felt I actually had to put the book down, mouth open and eyes agog, so powerful and disturbing was one particular image within the text. I picked it up again the next day and finished it. Amazing book.

When I lived in central Edinburgh, I often used to Mr Banks out and about, usually in a music shop.

Another cruelty inflicted by a shit of a disease on a talented individual. I only hope he is able to do whatever he needs to in the time he has left.
Posted by Brian Robinson at 20:18 No comments:

There's no other way to say it. My favourite band of all time (along with Slave to the Grind era Skid Row). And I managed to miss them when I was younger, so many, many times. 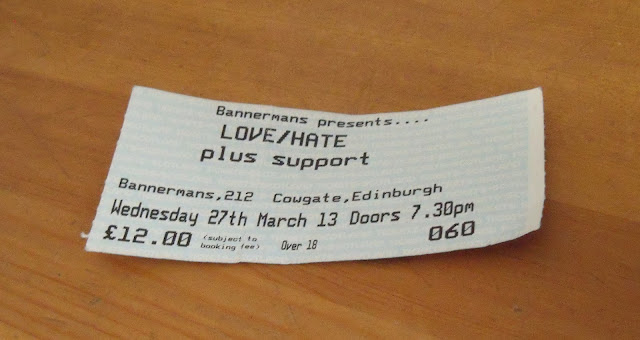 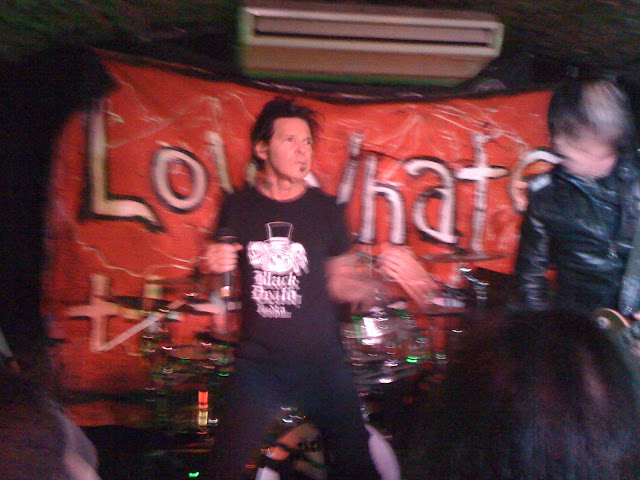 I waited 20 years to finally see these fellas. And good god, it was worth it. Bannerman's is a small but important venue in Edinburgh for rock and metal music, especially these days. Sadly, circumstances meant that it wasn't the full original line up playing but lead singer Jizzy Pearl (I love how he's kept that name after all this time) along with a touring line up of Keri Kelli (Alice Cooper, Slash's Snakepit), Robbie Crane (RATT) and Matt Starr (Ace Frehley). And they were fantastic, all of them, really doing justice the originals. I missed a chance to speak to Jizzy (who brushed past me when he entered the pub itself), who was good enough to hang out with the fans for a bit (but we did bump fists during the gig, which made my day) but I did get to speak to Robbie Crane and Matt Starr several times, who were friendly, down to earth and approachable dudes. 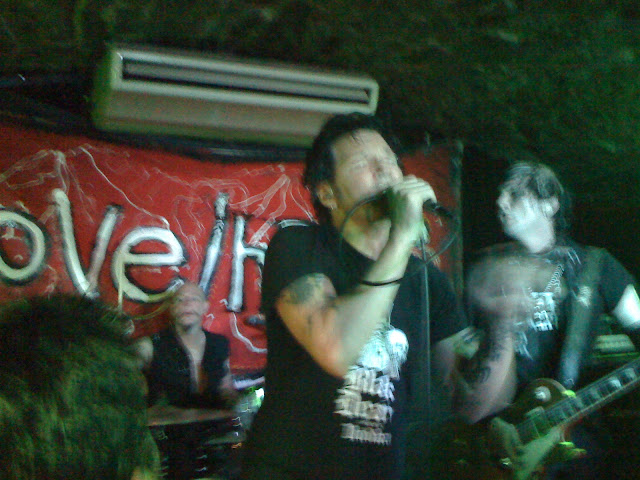 Love/Hate were one of those bands in the late 80s/early 90s who really weren't appreciated for who they were and what they did. A lot of folks didn't get into them for one reason or another but they completely spoke to me (how wanky, I know) when I was 19. Lumped in with the hair metal movement, they stood out from the rest of that lot for me and actually had something to say about the rock lifestyle of excess; I think a lot of their stuff still stands up and is remains relevant. They've more than their fair share of bad luck but keep at it. Real rock musicians who persevere through good and bad. 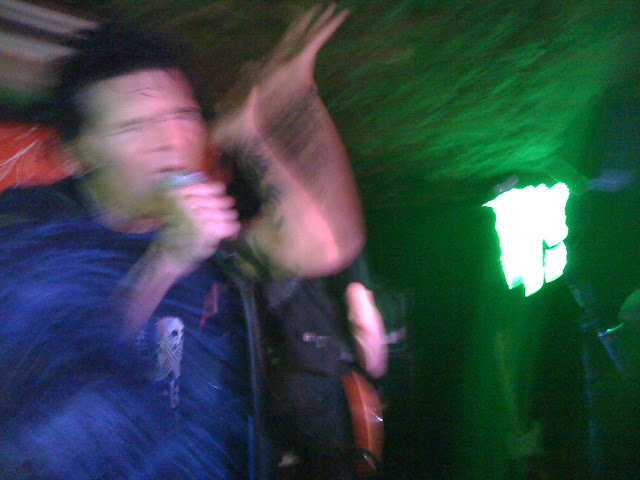 Jizzy's voice is still amazing - after all those presumed years of rock n'roll excess, he looks after himself - and in all the entire band were amazing. I think they were a bit taken back at our response. Jizzy's said himself that the UK always seemed to love them more than anyone else. 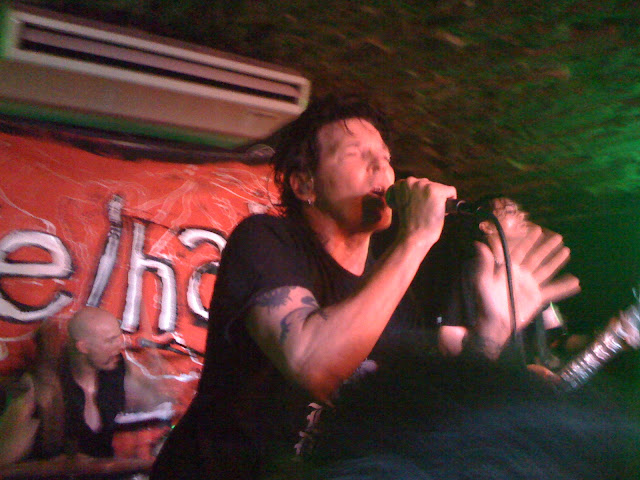 And there was very little about the night that seemed nostalgic all that much nor did it seem like faded stars  trying to recapture previous glories. This was balls to the wall music. A bunch of guys still doing what they love and doing it amazingly and with a real passion.

I think Love/Hate's continued existence is an example of one of the beliefs I try to live by; if you love something, do it, no matter how old people say you are. The other way lies darkness, old age and the end.

An amazing and ferociously good night. Here's hoping it's not another 20 years before they come back to Edinburgh.
Posted by Brian Robinson at 19:02 No comments:

Had a rather more productive few weeks than usual, with my first couple of bits of freelance filmmaking work.

Several weeks ago saw me shooting a promo for Aberlour Childcare Trust's Woof Walk, a part of annual charity The Kilt Walk. My shoulder rig came in handy for that and did a pretty good job for what it is.

And this morning I was working with Aberlour Childcare Trust again, filming Britain's Got Talent Winner Jai McDowall's good luck and thanks message to all those who will be embarking on the Woof Walk and Kilt Walk in a few weeks time at Hampden Stadium. Jai does a fair bit of promotion and work for Aberlour and it's good to meet someone from BGT who has their feet on the ground. Nice chap. 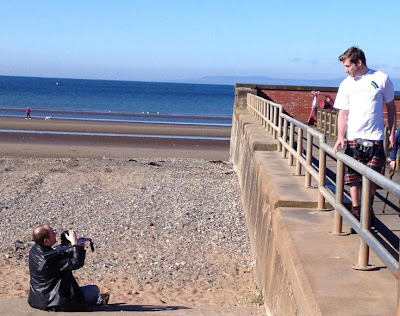 Hopefully some more work coming up soon as well as my current feature writing gig.

I'd better get on to the rushes, then...
Posted by Brian Robinson at 18:21 No comments: