The Difference Between This and That.

I pride myself in some of the lowbrow aspects of my sense of humour. Everyone ought to have more than one level to theirs. So Jackass has been known to reduce me to tears on occasion. Watching those lads do the daftest and stupidest things in the name of entertainment. Sometimes I have felt a little guilty at laughing at some of it but they're up for it.

Ryan Dunn was one of my favourites on Jackass. He seemed a decent bloke and I heard good things about him from a friend who met him once. A particular stunt when he went snorkeling in a waste tank was one of those ones where the real danger wasn't revealed until after the stunt was finished and his reaction proved that he wasn't as brainless about his safety as one might have thought - the bottom of the waste tank consisted of mechanical choppers that would have torn him to shreds if his feet had become entangled. This was a stunt for entertainment purposes and he wouldn't have done it had he known. Safety first in the business.

So, what's the difference between the safety aspects of that kind of thing and everyday life? None. Because when you're dead, you're dead.

Getting into a sports car when you're drunk is beyond stupid. It's reckless, thoughtless, beyond dangerous and incredibly stupid. You put more than your own life at risk. There are passengers, other road users and pedestrians to think of. And so while Dunn's death is a tragedy for his family and friends there is also the death of his passenger, Zachary Hartwell, to consider. I don't care what Roger Ebert says or how Bam Margera reacts to him, but Dunn's decision to get into that car, knowing full well how pished he was, has battered Hartwell's family also.

If he was as drunk as witnesses have suggested, Ryan Dunn was responsible for the death of Zachary Hartwell, as well as his own. Putting your own life at such huge risk is one thing, but placing a friend in that position as well? What do I know, I'm just another blogger.

I don't understand the attitude of some folks in the US towards drinking and driving. In the UK, it results in driving bans and jail terms. It's that serious. In fact there is a concerted effort by the Police over here to have an outright ban on drinking and driving. People die. Innocent people die. DON'T DO IT. Only last year in the relatively large village where I live, a cyclist was knocked down and killed by a drunk driver only a few hundred yards from our house. On Gala Day, so lots of children and families were around.

I liked Ryan Dunn and had an odd respect for him regarding what he did with the Jackass and CKY boys. I never knew the guy but all it takes is one mistake in such a serious situation. One mistake. His death is both sad and ironic on a couple of levels. But so is the death of Zachary Hartwell. You could argue that he shouldn't have got in the car either. It's academic now.

What a fucking shame.
Posted by Brian Robinson at 15:47 1 comment: 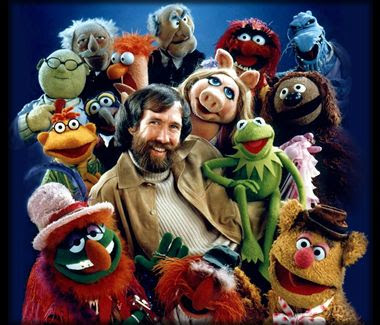 Not much of note happening recently but I feel guilty about not blogging nowadays.

Last Monday saw another Shooters in the Pub event. A good night (even if I was a little more squiffy than I'd have liked to have been. Dinner first next time) and a few business cards were exchanged and some more good contacts made. I guess the key to networking, once the fear subsides, is just keeping it going.

I was on a team for this month's Filmhouse quiz (well, I had to leave before the final round, but I did my bit) and we came fifth which is one hell of a leap up from the past. Nice.

I also caught two Humphrey Bogart / Nicholas Ray films on the big screen that weekend, In a Lonely Place and Knock on Any Door.  The big screen is still the best place to catch old movies (any movies, actually!) Both very good if a little depressing. Knock on Any Door was basically an accusation at the US for it's attitude to youth crime (watch for Bogie's great but overblown summation speech to the entire courtroom and country) and had a hard hitting end that brought to mind the climax of Angels With Dirty Faces only without the screaming. I preferred In a Lonely Place, which also featured Gloria Graham and had a much more of a thriller spirit even if it was in danger of veering into melodrama at times.

I'll likely not get to see anything if much at all at this year's Edinburgh International Film Festival but there are some free outdoor screenings going on, including a couple of screenings of Raiders of the Lost Ark which I am going to have to get to. Indiana Jones was 30 years old a few days ago. That should make me feel old but it doesn't. That movie is still as fresh as it ever was and the action is still a great as it ever was, primarily due, I think, to that fact that it was all done onscreen with real stunts, something more movies ought to be remembering. I loved that fact that on set wire work was obviously used on X-Men: First Class for much of Banshee's action scenes at the end. Real sunlight reflecting of a real performer.

Ye cannae beat it.
Posted by Brian Robinson at 11:10 No comments:

This is pretty much the best thing I've seen in a long time. Created by the French video artists, Megaforce, I think this is strictly speaking a music video but it also happens to be the greatest and most authentic rendering of how we really imagined our fictitious gunplay as little boys and girls since the two finger shootout scenes in Spaced (here's scene one, which is my fave, and scene two).

Well, it is for me anyway.

Even into our early teens, if we weren't creating seriously bloody effects with Fairy Liquid bottles, tubing and a secret blood recipe when armed with video cameras, we were shooting each other off of our bikes with our water bottles, spreading H2O death around the streets, annoying certain mothers and frightening the neighbours. The bit with the old lady rings very true and was a running gag with us for a while. I also remember two of us walking along the street with a fake severed head (it was meant to be me) and convincing some younger kids that it was real and we were very sad our friend had had his head cut off in some freak accident.

The thing is, this happened again to a bunch of us about 18 months ago back in the pub when presented with red feather boas by a team selling Jaegermeister. I may have to dig out some photo's of feathery, bloody death. Our other halves possess an unreal sense of patience.

Ah, the sweetness of childhood...
Posted by Brian Robinson at 12:28 1 comment: