The Thing About Being "Angry" 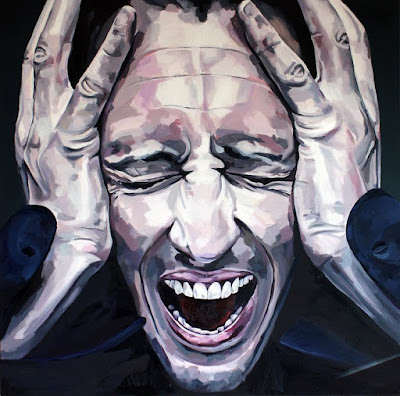 My entry for Sunday 16th April last year mentioned a reason why I had resurrected this blog (I'm aware of the irony of the impermanence of said "resurrection"). In February of last year I was diagnosed as being on the Autism Spectrum; high functioning Apsergers, to be more precise. With a lot of coping methods developed over the years.

To some this came as a shock (with some questions as to whether this is a real thing or not) - one of the most common responses was "I had no idea" from people who've know me for decades. To some, I suspect, it did not come as a shock. Certainly not to myself, as I had sought out a diagnosis for some time after suspecting for the better part of 20 years.

I made that blog entry last year with the intention of continuing it after advice from the psychiatrist who diagnosed me. And he had a point - I find writing a release and incredibly therapeutic. But I'm also lazy and easily put off things I love to focus on after years of being told by responsible adults that I was useless and that what I wanted to do was a waste of time - that stuff stays with you. Be kind to your kids. Encourage them in what they love. I'm glad my parents encouraged my love of writing and science fiction and fantasy, unlike my Principal English teacher who scolded and mocked me for it and forced me to re-write my stories into a contemporary setting. Deep down now, there is a resentment and sense of guilt that exists regarding being creative.

What does this all mean? Who knows? But I find life a serious struggle much of the time. I try my best to be social but speaking to people takes real physical and mental effort, mostly subconscious effort, which is physically draining. Which is highly ironic as most money I make comes from teaching. But talking about films is less exhausting than normal.

Another effect of all this is that I am prone to frightening rages.  People don't normally witness these and they tend to involve my frustration with inanimate objects but I am also acutely aware of how they can frighten those I love, be they two legged or four legged; It's not easy looking after 6 animals while trying to work and deal with the way my brain works - at times it's like walking through toffee, especially hard when your best pal is aging before your eyes and you can't find the right way to express that. And this rage also frightens me. It all leads to intrusive thoughts which compound depression and anxiety. Which in turn stops me from doing anything. I've not made a narrative fiction film in a very long time now and now look a fool after stating my intentions so many times and not following through. Some of that also comes from an inability to speak to people. Dammit.

The crux of all of this is that Asperger's and being on the Spectrum is not always a great thing. The myth is that we're all hyper-intelligent (nope) but lack empathy (nope again). Fact is, I'm an over-emotional geek who's seen by others as a middle aged weirdo. I guess today is just everything welling up so I felt the need to write about it.

But, contrary to popular belief, I'm not angry all the time (can you imagine if I was?). Frustrated and anxious, yes, most of the time. But I'm also consumed with love and joy at people and expressions of art, be they stories, films, music or food.

I'll be honest. I fucking hate it. I hate being on the Spectrum. I hate how people saw me when I was young and how it made me a target. I hate how I fear people see me. And I hate how I see myself.

It's emotionally staggering how I can't find ways to adequately express myself, especially in the moment (this evening in the pub saw me as a stuttering fool whose voice was physically failing, to people I know).

I hate having Asperger's Syndrome. This is just the way I feel today.

As I said, I was advised to keep blogging as a way to deal with my craziness, so I guess I'll keep trying. It is a release. It's taken me more that 18 months to start writing about this as prescribed and here it is, so I guess that's something.

This isn't a cry for help or attention seeking. It's just me writing shit down to try and make sense of myself. And it should be an ongoing thing. And I'm forever grateful to friends and family who continue to encourage me.

As you were.
Posted by Brian Robinson at 21:55 No comments: