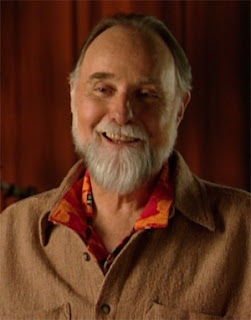 Original Muppeteer Jerry Nelson has passed away at 78.

He was Robin, the Count von Count, Floyd Pepper, Lew Zealand and many, many other wonderful characters.

I'm at work at the moment so can't write anything too long. I just felt I had to mark the passing of one of those amazing people who had a marked affect on my childhood. I'm gutted at this.

Something longer and more appropriate will be posted later this afternoon.

There are too many obits on this blog. Not because I'm obsessed with that kind of thing (as some folks claim) but because when someone who has affected me through popular culture, I feel the need to speak about them. And unfortunately, there have been too many of these, particularly this past year. My message to the cosmos? Give it a break.
Posted by Brian Robinson at 12:58 No comments:

Email ThisBlogThis!Share to TwitterShare to FacebookShare to Pinterest
Labels: Jerry Nelson, The Muppets

The Boy from South Shields. 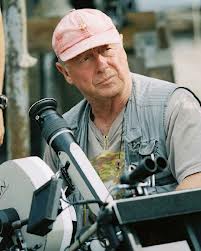 As I'm sure everybody knows now, Tony Scott took his own life yesterday, aged 68. To be honest, his reasons for doing so are nobody's business but his own and his family's.

He was responsible for a lot of the way modern blockbusters are filmed these days. Especially in the 1980s, his films had a fabulous, sleek sheen to them. Lots of rain, gradient filters, screwed up angles and a pervading sense of heat. No Tony Scott pretty much means no Michael Bay, for good or ill. Much of the style he developed has been used by modern filmmakers to varying degrees, mostly poorly. I was never a fan of Top Gun but consider The Last Boy Scout and Crimson Tide to be my favourites of his films. But of course a special mention must go out to True Romance, considered by many to be his best.


One of those moments when it all comes together in a movie. Scott's direction, Tarantino's writing and Walken & Hopper's performances. In fact I consider this scene to be Scott & Hopper's finest hour. Hopper's character is a man at ease with the universe and all of those around him because he knows exactly what the deal is. That there is no way out so enjoy the ride.

Thank you, Mr Scott. Give 'em hell.
Posted by Brian Robinson at 21:40 No comments:

Been a while since my last blog. Had a few things on and getting into a new routine.

I've started a new temp job - not bad so far - and am in the early stages of a new feature project with some great collaborators. Not much I can say about that just now but I am very excited about it and it's right up my alley. A lot of work to do on that.

A bit fucked off at some of the right-wing US gun enthusiasts who thought my last blog post was a good place to spread their brainless, simple-minded and selfish propaganda. But this is the internet so there we are.

The Doug McLure dinosaur posts are coming, I promise. Just not had the time to get it going. But I have re-watched The Land That Time Forgot recently. Thoughts to be posted soon.

I'm still getting over a quick trip to London at the weekend for an old friend's birthday party. It ended at 5.45am, listening to The Grumbleweeds.


Posted by Brian Robinson at 17:24 No comments: