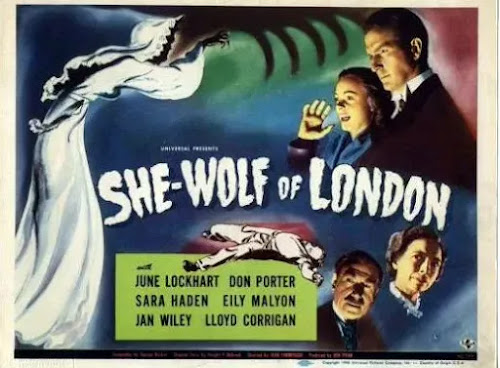 She Wolf of London (1946) stands as not a Universal horror but more of a Universal period chiller. June Lockhart (she of TV’s Lost in Space fame) stars as a young woman, Phyllis Allenby, about to get married to her rich prospect, Barry (Don Porter). But her “aunt” has other ideas that involve a series of killings in a local park, to be blamed on a werewolf-woman, or at least someone who believes that they are a wolf, which is more relevant to the actual real-world concept of lycanthropy, where people behave like wolves (as opposed to becoming them). 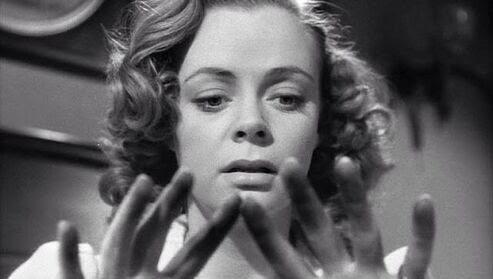 Lockhart may seem to try her best, her wide eyes emanating mostly inert fear, but there is really not much for her character to do aside from lie in bed as she becomes more and more isolated in her fear that she is a werewolf. in the second half of the film, all agency is taken form her and she barely exists as a character. This fear is sparked by the supposed Curse of the Allenbys, not dissimilar to the source of the beast in The Undying Monster (1942), except they dealt with a real werewolf, whereas She Wolf of London is more about psychological abuse and someone pretending to be an animal as they rip out the throats of unlucky park-goers. 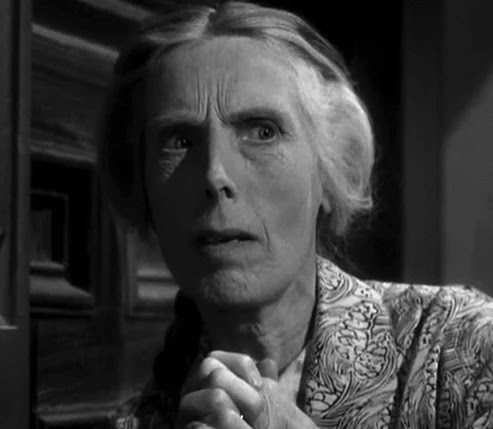 Another element this film has in common with Undying Monster is the presence of Eily Malyon, who plays the housekeeper in both films. Her face is amazing, thin and gaunt but she puts it to good use in both films, playing it for deceptiveness in Undying Monster while playing far more sympathetic in She Wolf, as she attempts to save the day. She looks a little like Ernest Thesiger. But far less camp. 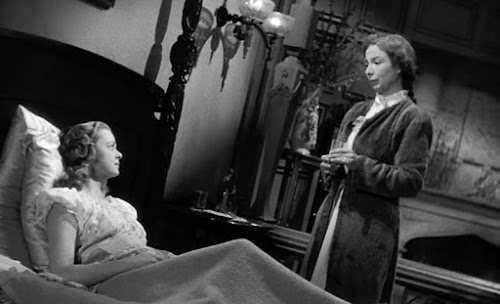 For a B film, it’s running time is as brief as just about all of the films in this blog series so far, and the production design is stretched, featuring some decent period costumes but a location that couldn’t be further from London if it tried. Direction from Jean Yarborough feels a bit staid, but there is a bit of flourish in the film’s climax, with tilted angles telegraphing that the villain is about to not only be revealed but engage in monologing that buys our heroine far more time. Scenes in the dark and misty park have a stage bound feel, even with the mysterious hooded wolf-woman swooping through the brush. There could be more to be made of the story's gothic drama potential, but everything seems limited. A scene where Phyllis finds blood n her hands is a it confusing as the blood can barely be seen at all, so pulled back is the actual horror element.

It’s all a bit boring really, and could maybe have gone that little bit further in what could have been an interesting commentary on what women of a certain class who wished to retain their lifestyle may have had to do in order to survive and remain solvent when there was no man to support them and a career was off-limits. A bit of a shame on that front.