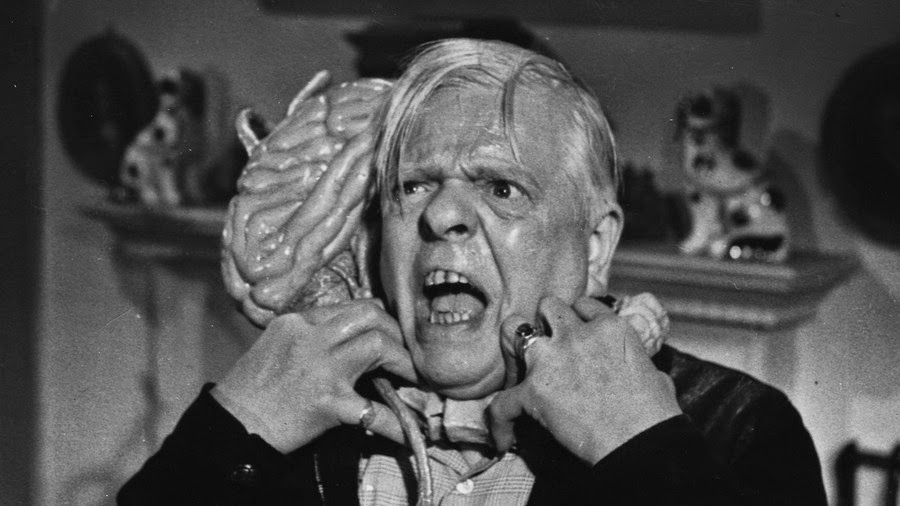 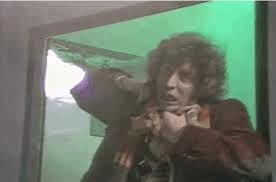 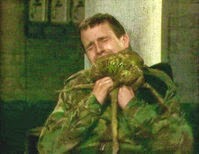 But that's not why we watch movies like this. We watch them to see weird brain creatures push themselves along the ground by their prehensile spines to launch at the unsuspecting and suck their goddamn brains out!
Posted by Brian Robinson at 22:38 No comments:

I'll blog again.
Posted by Brian Robinson at 15:40 No comments:

Anyone having trouble reconnecting with their story when emabarking on a rewrite needs to listen to the latest Scriptnotes podcast from John August and Craig Mazin. My current rewrite has been hanging around for far too long, needing a proper kick up its arse and the advice in the new Scriptnotes podcast is great stuff.

It might not work for everyone (there are a gazllion different cups of tea out there for different tastes out there nowadays) but I think it's sound advice from working practicioners of the craft.

I encourage anyone who hasn't already to subscribe to their podcast.

Scriptnotes 140: Falling back in love with your script. 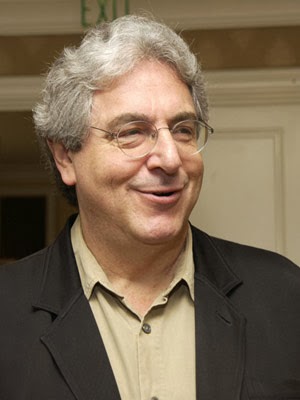 Genuinely saddened at the news of Harold Ramis' death. Actor, writer, director (of one of the greatest comedies ever made) and all round good guy. I was at a screening last night and before I heard the news we were all at the bar discussing how good and important a movie Groundhog Day is for writers.

Goodnight, Dr Spengler, and thank you for making me laugh.
Posted by Brian Robinson at 10:32 No comments:

I have a blog?

Well, of course. But it's been a while with a lot of time taken up with teaching and writing. And there is more teaching to come, which is exciting. Being paid to talk to others about a subject you love and are frankly obsessed by is amazing and does wonders for the old self confidence. The folks at Screen Education Edinburgh are a fine bunch.

Lots to do afterwards as well. More short ideas to be hammered into draft form, that 8 sequence approach to Wanted I said I'd attempt (it's coming, Nick, I promise!) and loads more. Life is getting fuller these days, which can only be a good thing, especially with two new nieces to dote on.

So, this is just a quick note to say I'm still here (to the few of you who read me) and the proper blogging will resume soon. In the meantime, I've got a deadline in a week so I'm shutting myself away in my office and will emerge unshaven and shaky in seven days time.
Posted by Brian Robinson at 11:10 2 comments: